Online Attacks Against Your Business? 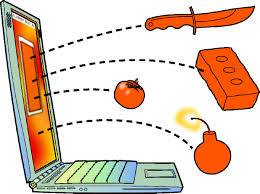 An interesting case involving Cyber-Libel has me researching the consequences posting false negative reviews. Exercise caution because the Canadian courts have been liberal in their awards. The average award has been $30,000 without the Plaintiff proving any economic loss. This should have you thinking twice before you dish out those negative reviews or publish comments that are not 100% truthful.

If your business has been victimized by defamatory comments on the internet, I would love to hear about it.

Generally, a harmful statement will not amount to libel, if one of the following defences applies:

3.Absolute privilege applies to statements made in court (as evidence in a trial) or in parliament;

4. Qualified privilege protects statements made non-maliciously and for well-meaning reasons. For example, if an employer is requested to give a reference for an employee, and they give a statement that is their honest opinion;

5. Fair comment. The defence of fair comment may apply in situations where statements made were about issues of public interest, as long the comments were honest statements of opinion, based on fact. If your statements were malicious, this defence will not apply;

5. Responsible communication of matters of public interest. This defence is available in libel cases. It allows journalists the ability to report statements and allegations, in cases where there is a public interest in distributing the information to a wide audience. However, this defence only applies where the news was urgent, serious and of public importance, and the journalist used reliable sources and tried to report both sides of the issue.